Travellers Guide for your Vacation on Maio

Weather & Climate of the Island

Visiting Maio and enjoying the best weather is dependant upon what weather you want. The warmest weather is generally in September and October with average temperatures of 24°C. While the cooler months are usually January to April, where you might experience an average temperature of 19°C.
One of the reasons you might not want to travel to Maio in September is that it sometimes can also be the wettest month with the highest amount of rainfall. Not so bad when it could only rain for around 6 days.

If you don't like the rain then perhaps travel to the island in March to June where you should have the driest time on Maio and may only rain for 1 day, fingers crossed.

With the deserted sandy beaches and turquoise seas, the prospect of swimming is always a great event. The waters have the highest temperatures in September and October and should be tested before entering in March and April.

For the water-sport visitors, including kite-boarders and surfers, the windiest month on average is February with speeds of 17mph, 14.8 knots, 7.6 m/s or 27.4 km/h. With the flat sandy beaches, it's a haven for wind-sport lovers.

Why you seek out Maio, not just for its elusive beauty, but its warmth and sunshine. The sunniest time is August and September where you should enjoy at least 6 hours per day of sunshine.

The Island of Maio has many beaches of fine white sand, transparent and warm clear water. The highlights of Maio’s beaches are the of the beach of Ponta-Preta, Praia Real, Pau Seco, Porto Cais, Bitche Rotcha, praia de “Boca di Morro”, baía da Calheta amongst others.
To gain access to some of the beaches it’s advisable to use 4x4 jeeps. Praiona beaches (Praia Gonçalo), Prainha (Pedro Vaz) and Boca Ribeira (between Alcatraz and Pedro Vaz) are also worth a visit for their beauty, white sand and blue sea.

The Island of Maio has a huge potential for tourism and its ecology is very interesting. Pollution is something that fortunately has not yet reached the island. The varied and abundant marine life will delight any fisherman and naturalist. The beaches are vast and deserts are inhabited by a number of species which spawn at sea. The turtles also use the beaches to lay eggs.
So those who like to sun and swim all year round, no place can be better than these fine white sandy beaches. So those who prefer to find the attractions of the island by themselves, you can discover areas of exotic vegetation incredible - coconuts, palm trees, beautiful acacias, and wild figs. The honesty and hospitality of local people is something that helps make the holiday more enjoyable for visitors.

Things To Do & Places to Visit While Here

The airport of Maio has previously been extended and made longer and can therefore accept larger incoming aircraft. The airport is about 2 km from the town of Vila do Maio. The town is directly opposite the sea which also contains the harbour and a beautiful white sand beach where local fishermen leave their boats. Nearby is the fort (orte de São José) built in the eighteenth century to defend the town from pirate attacks. A little further up is the magnificent church, surrounded by gardens of beautiful flowers. In the same area there is a cooperative building with a very unique architecture created in the form of an “fungos africanos”.

TOWN OF VILA DO MAIO

Vila do Maio is the dministrative centre and capital of the Island of Maio, which is characterised by its tranquillity, its colourful houses, and a Baroque style church from the late nineteenth century (1872). Vila do Maio was also known as “Porto Inglês” (English Harbour) as once there was a thriving business in the exploitation of salt by the British who used the port to export the product to Europe and America.

The views of the extraordinary salt pans (Salinas), which can measure 5000 metres long and 1500 metres wide, are an outstanding sight for the visitors to Maio. The vegetation in the area is unique and breathtaking and two typical species, known locally as "Maraca" and "Salsola soda" are to be found here.

Morro is a small town built along the road. Local artisans manufacture pots and other kitchen utensils which are very interesting for visitors. There is a very attractive beach and its clear waters are excellent for fishing. Nearby, between Monte Batalha and the coast is a region where there is no vegetation. The miracle is that it seems that it makes locals feel like they live in the desert.

Calheta is located near Morro and is the second largest town of the island and is a small fishing village. It was the region where the reforestation was first introduced to Maio. Morro is about 11 km from Vila do Maio, and has about 1107 inhabitants.
The main occupation of residents is fishing, FAIMO work in the Ministry of Agriculture, whose principal activities are the preparation of land for reforestation, forest management and other services.
The water supply in the town of Calheta to households is a reasonable with piped water and two water fountains. This water is not better and not enough to supply the population. Calheta de baixo has two beautiful beaches, protected by rocks.
The forest near to Calheta is considered one of the largest in Cape Verde where there are still many species of trees such as eucalyptus, acacia, etc.. In addition, new trees are planted annually with the aim of not only extending the perimeter but also to conserve the species.

Near to Morrinho extended salt pans can be found about 1200 metres from the sea. The baia de Santana is a deserted beach in the shape of a semi-circle. It is the beach where the fishermen go fishing from Morrinho and turtles also go to spawn. Nearby there are two beautiful beaches: the baia de Porto Cais and Praia Real, where turtles can be seen and where there are shells and crustaceans abound.

Figueira da Horta looks like an oasis, about 6 km from Vila do Maio, the scenery is truly seems desert-like, with unusual sights. Here nature is alive, and well adapted to desert conditions. There is abundant water and rich green vegetation. The visitor will also find another “fungos africano” construction which again represents the local cooperatives. Ribeira D. João is a magnificent oasis and well worthy of a visit.

My Guide to Maio

This is a personal perspective for visitors to Maio, and should be only used a starting point. Maio is best explored and found by talking to locals and enjoying an island tour by one of the local tourist agencies. 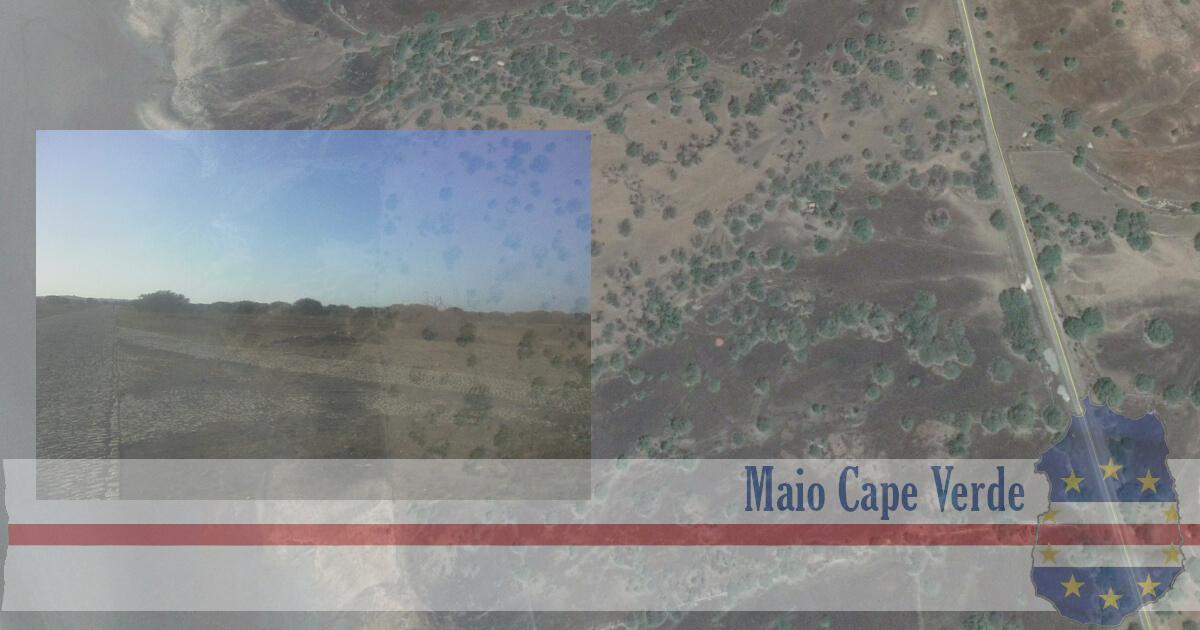 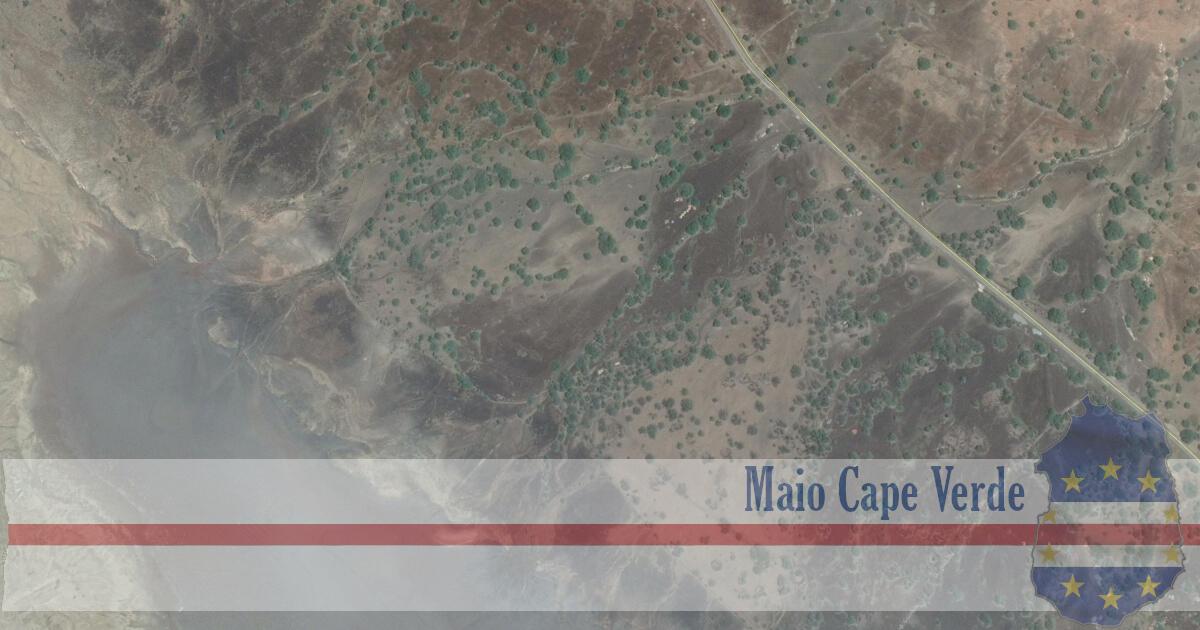 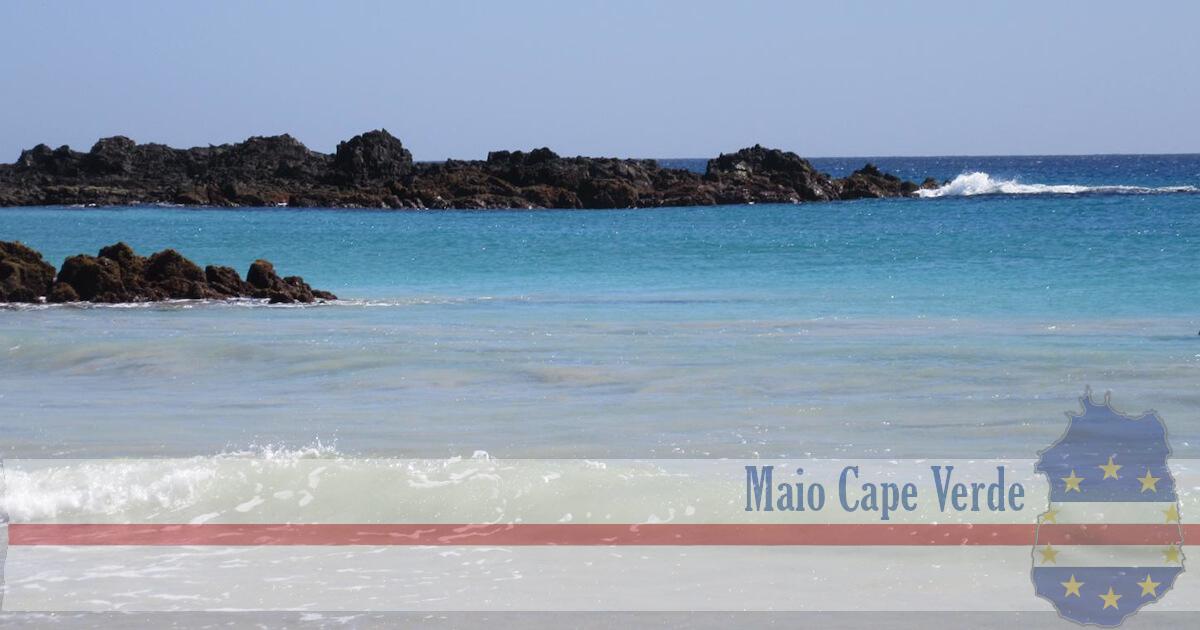 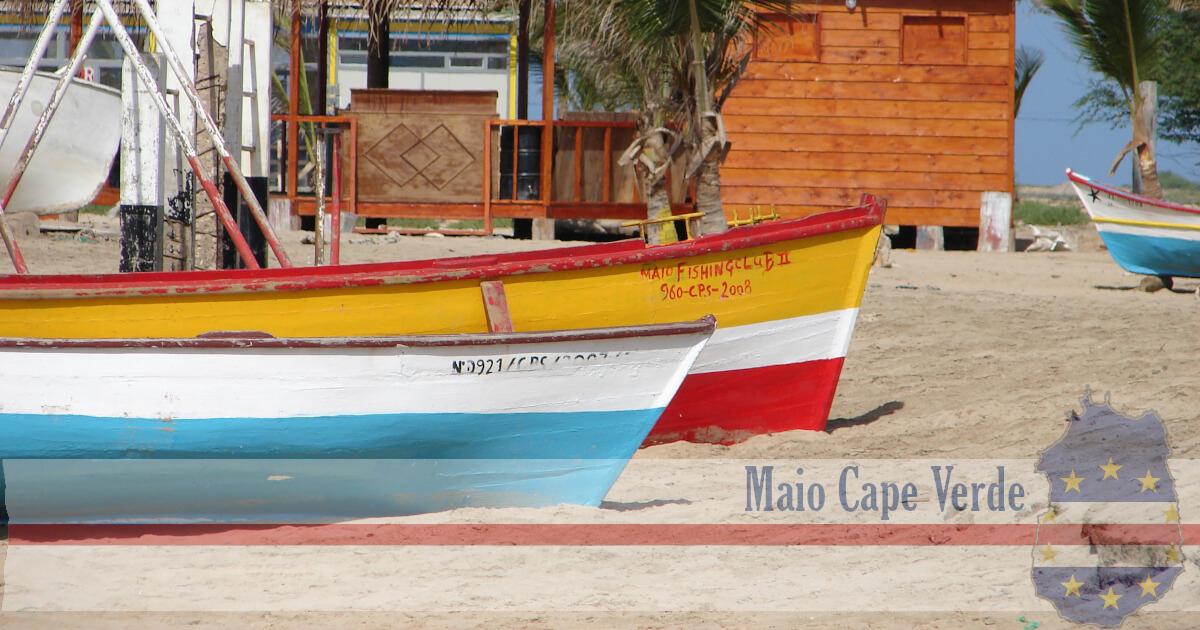 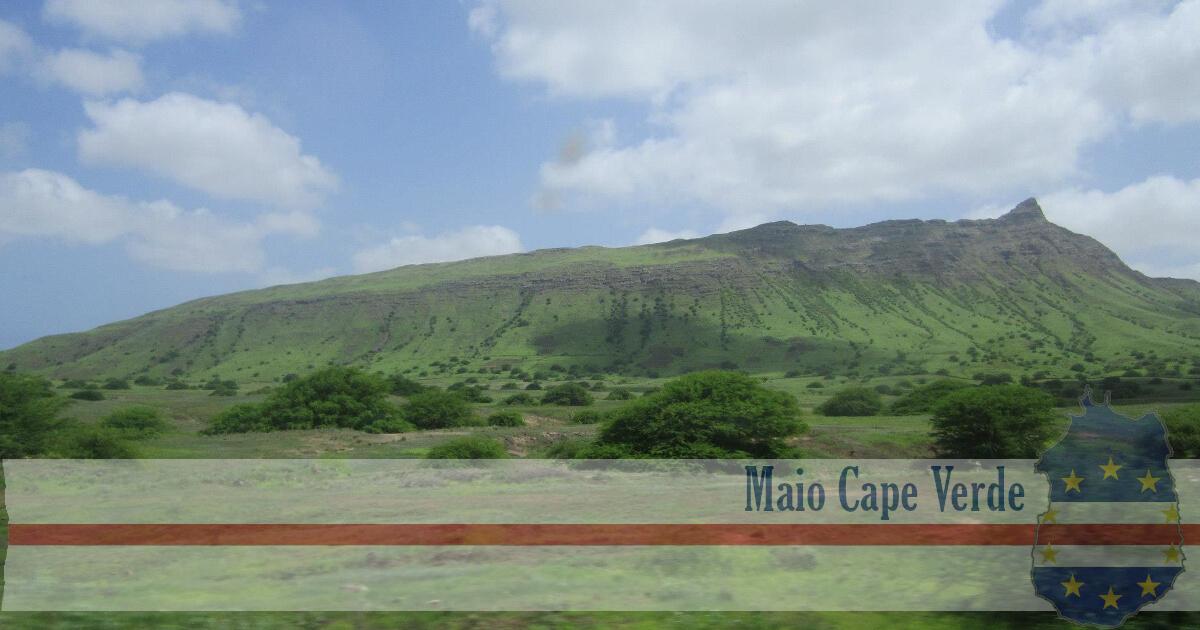 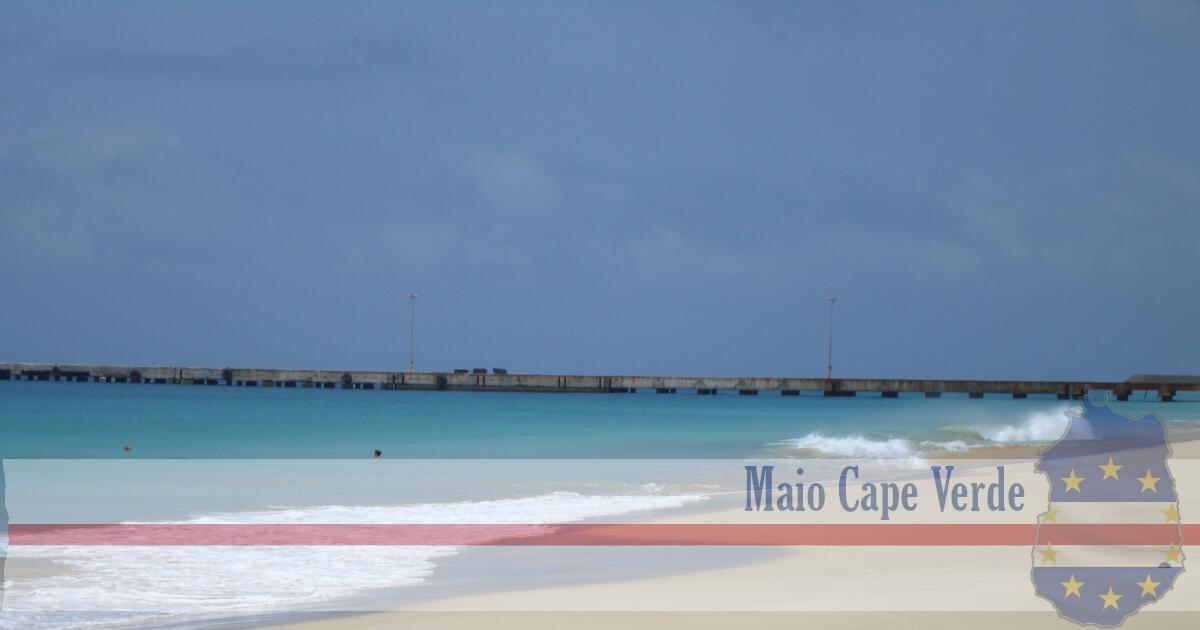 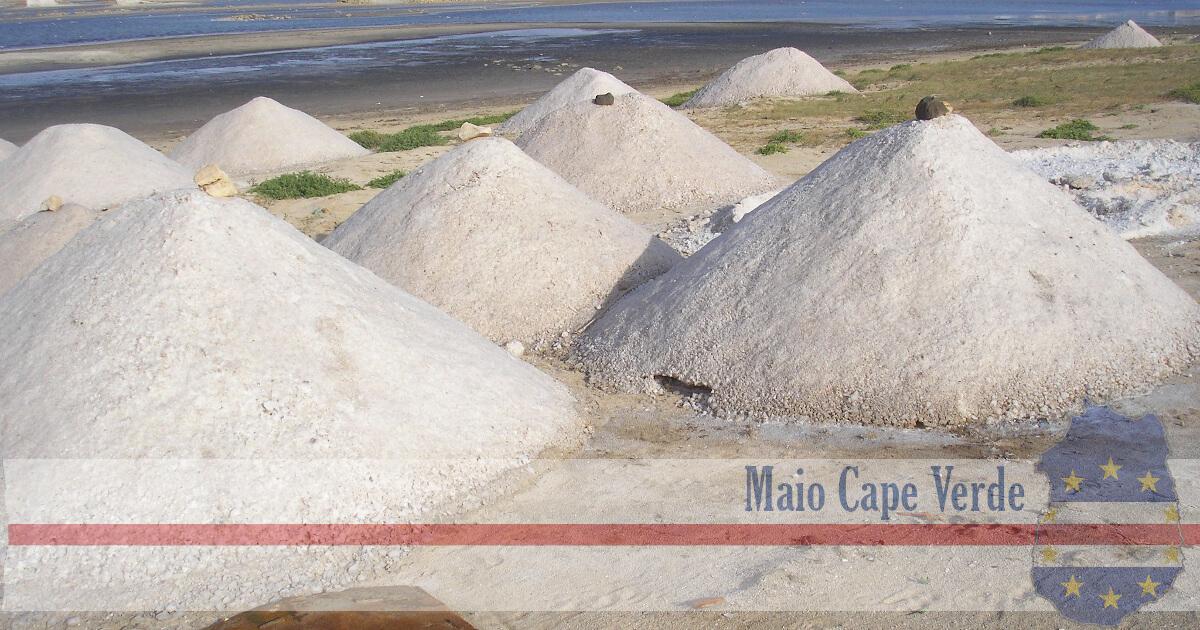 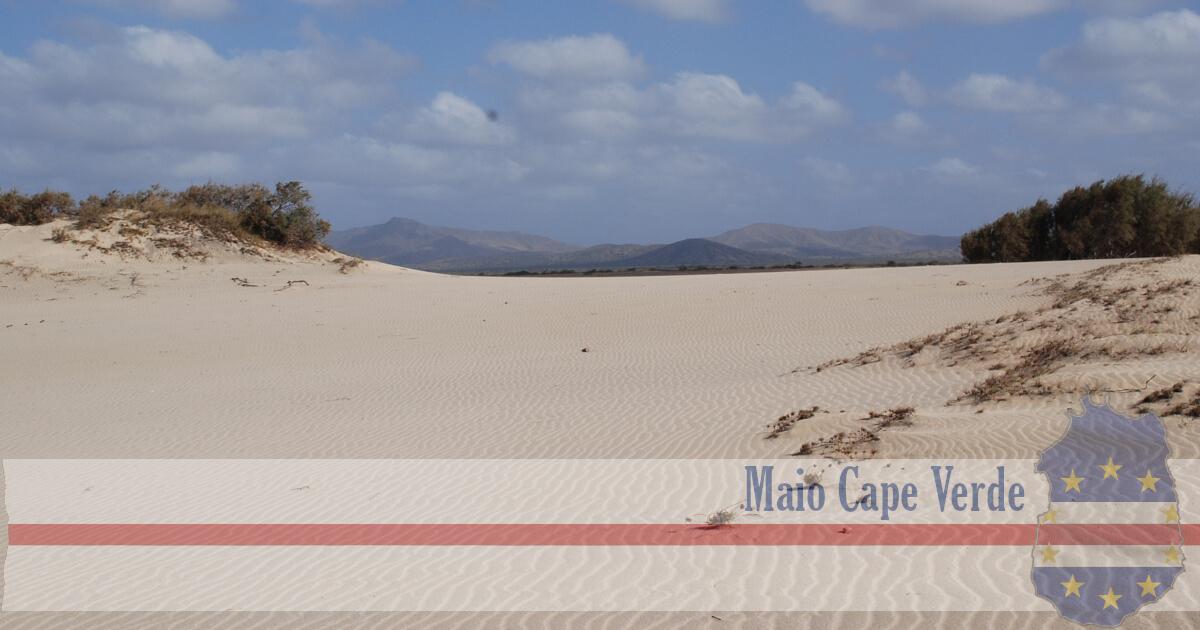 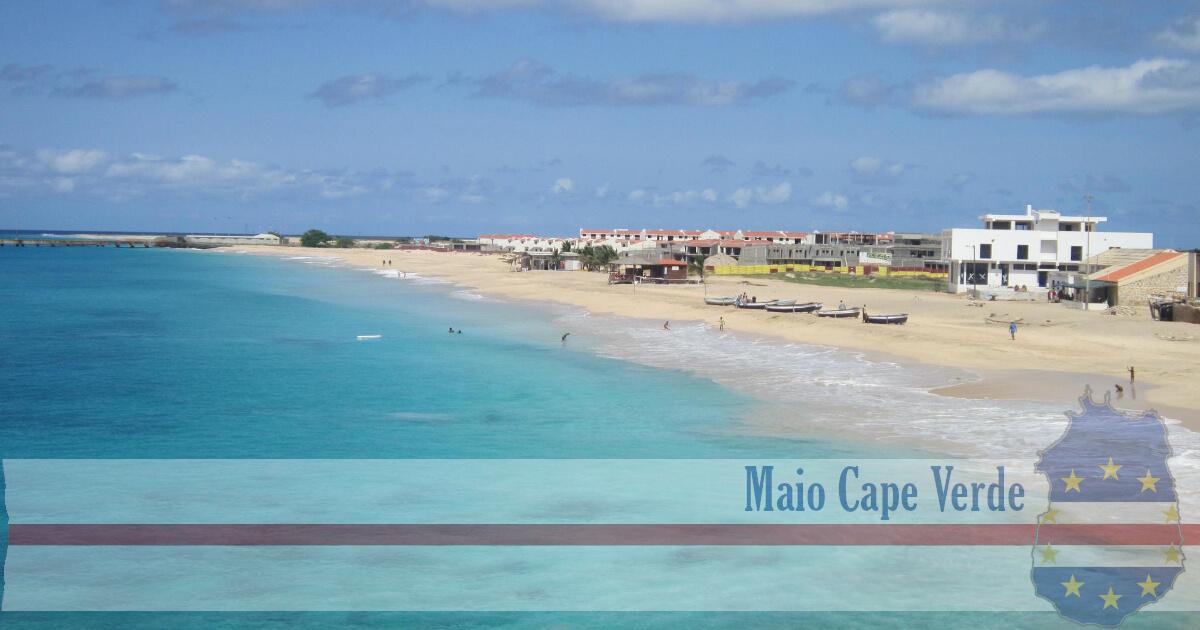 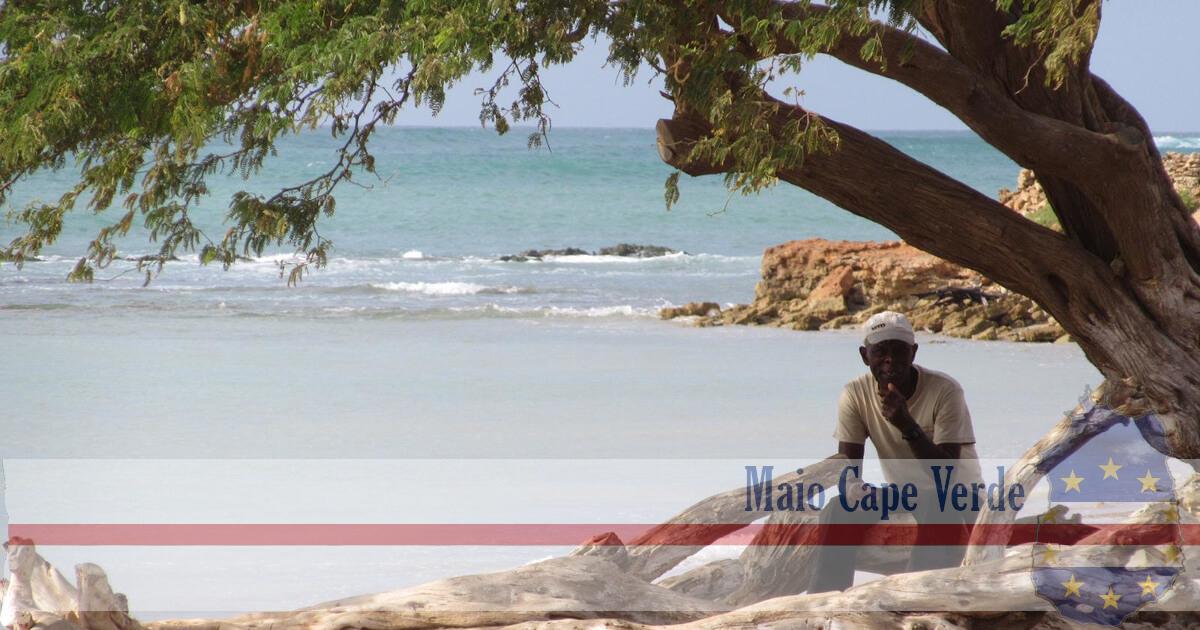 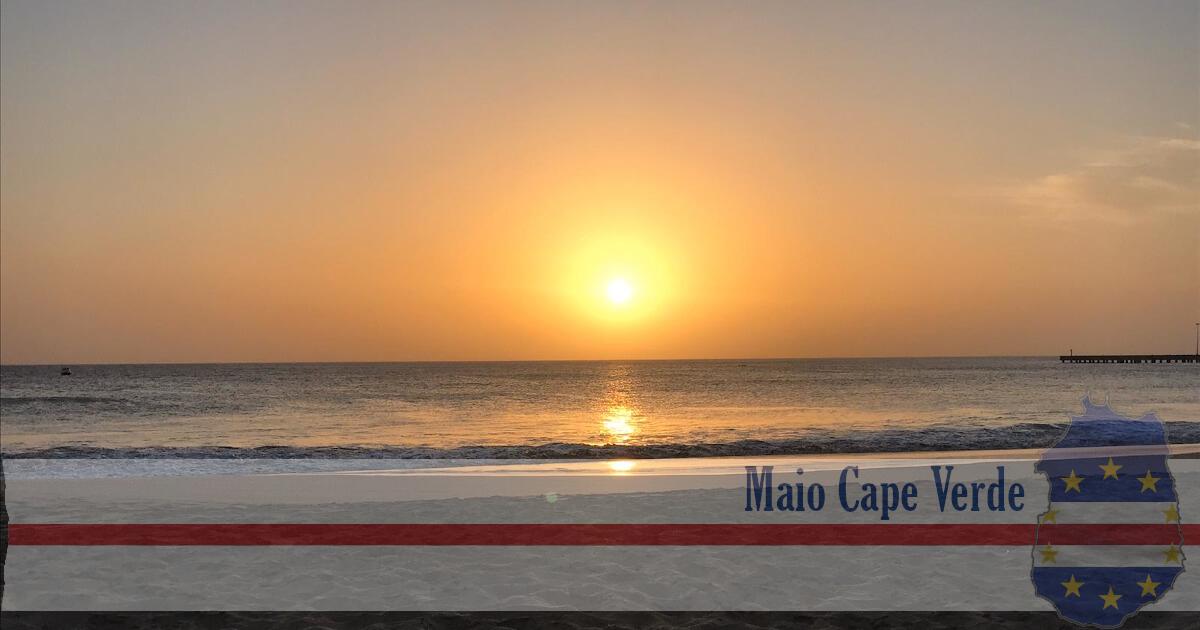 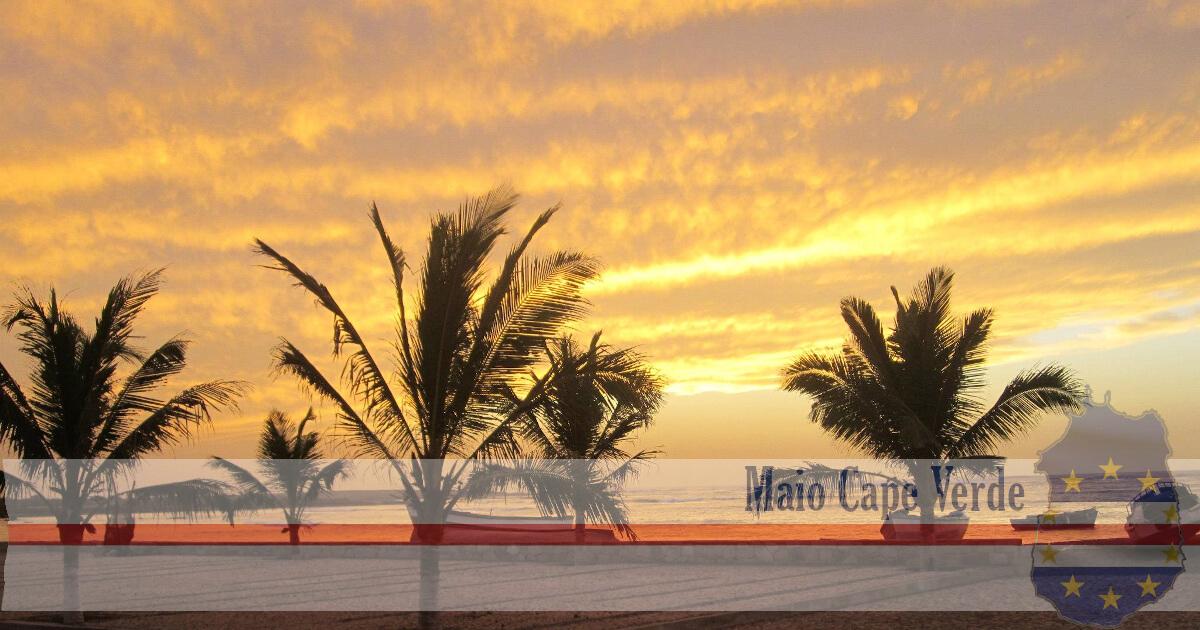 Sunset in Villa do Maio

Sunset in Villa do Maio 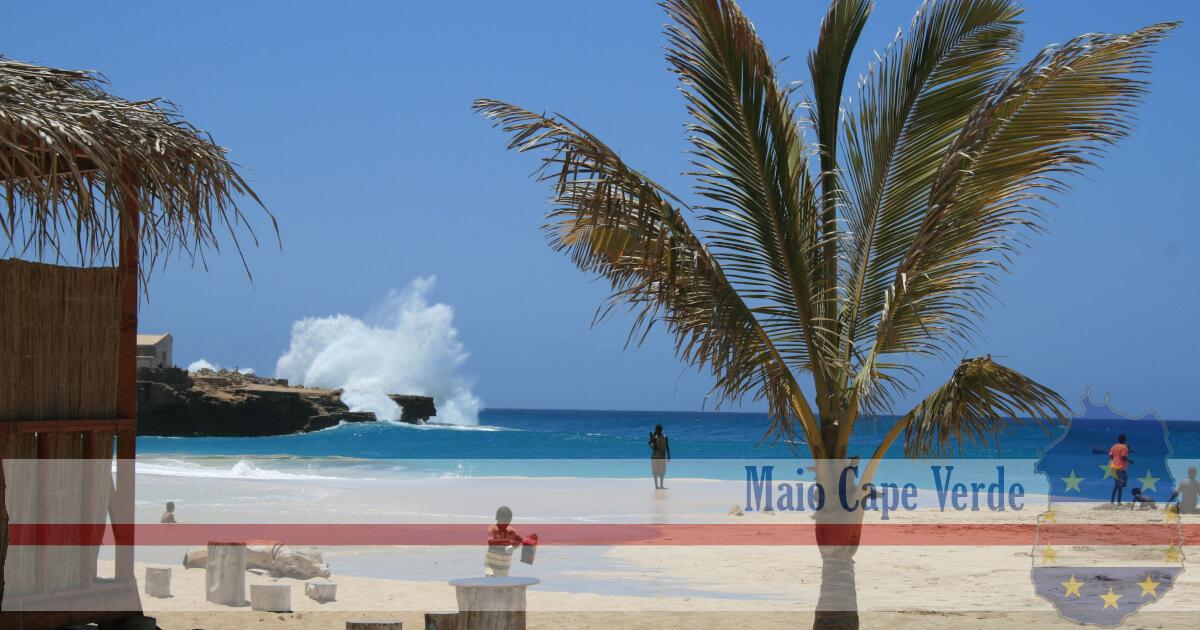 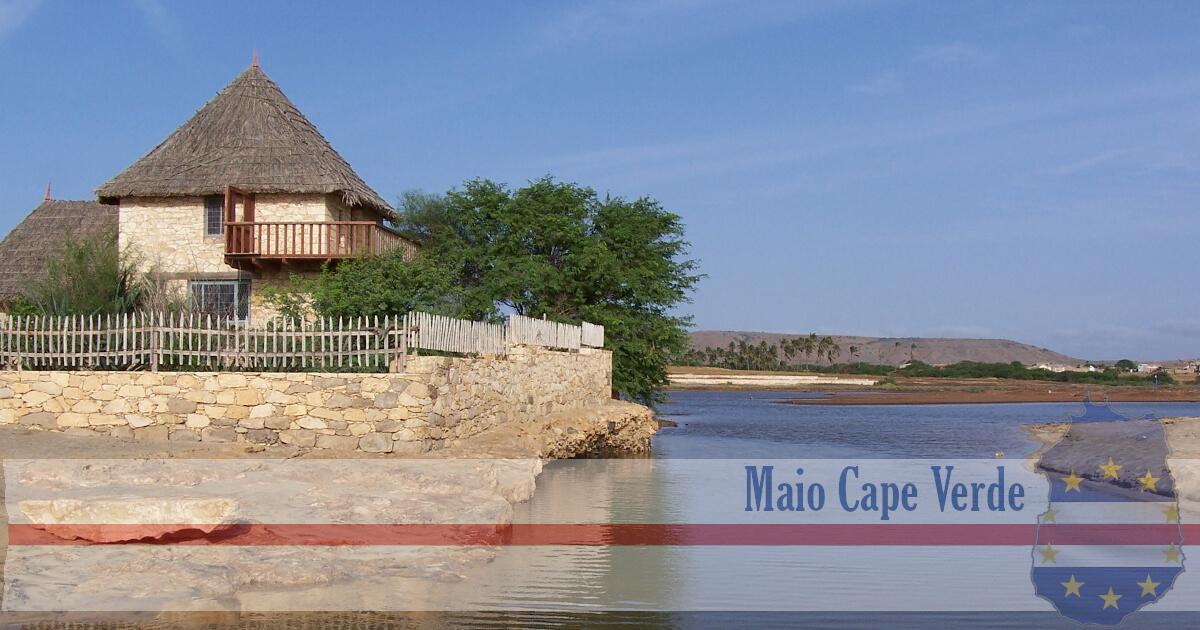