WHAT IS CAPE VERDE AND MAIO

Located in the Atlantic Ocean 500 miles, off the coast of Senegal, West Africa, is the small independent nation of Cape Verde. As a result of being a colony of Portugal for nearly 500 years, its development was at a snail’s pace until 1975 when Cape Verde received its independence.

Cape Verde is made up of seven main islands with a total land mass of a little over 4,000 square miles. This small nation has no resources such as minerals and oil… however, it is rich in sun, white sand beaches, friendly inhabitants and a stable democratic government.

Of the seven islands there are three “Sun Islands” which possess most of the white sand beaches. There are: Boa Vista, 50 km; Sal 7 km, and Maio nearly 30 km. With such blessings, it is easy to understand why Boa Vista and Sal receive their share of hotels, tourists, and retirement communities but Maio has not as it has until now, Maio is the forgotten island. This is not to imply that Maio is primitive by any means. The island has utilities, a new hospital, and many modern businesses in Vila do Maio, the capital, however, the density of business is disproportional with the rest of the island. With the exception of Casa Blanca (the supermarket in Morro) and a handful of small shops, there are no businesses on the rest of the island. This given foreign businessmen and the retired a grand opportunity to become a part of Maio’s bright future.

At present Maio has a population of about 8,000, the best weather in Cape Verde (average 26°C), the most sunny days, a brief rainy season, long stretches of virginal white sand beaches, and no tourists… because Maio has no tourist hotel as yet!

Those who are seriously considering buying a retirement, vacation home, or business in an idyllic location, NOW IS THE TIME! Sal and Boa Vista have seen their bargain days. Now it is time for Maio. Don’t miss it!

WHAT AND WHERE IS "FUNCHAGO"?

ONE OF THE LARGEST PRIVATE AVAILABLE PLOTS OF LAND

Each Island of Cape Verde has an area which it considers a prime location. Maio’s area is called FUNCHAGO… a large piece of property with a superb location, situated in the heart of the on-coming development area. With easy accessibility… yet considering its large size (80,000 to 150,000m2) it will be left to blissful tranquility and natural beauty. Homes built on large lots (500m2) will also insulate against the world outside.

Funchago’s location is unmatched in Cape Verde: to the South, a wildlife sanctuary, three km to Vila do Maio… 272 m on the main highway… access to utilities… on the west, a walk away to one of the best white sand beaches in all of Cape Verde… but why is FUNCHAGO SO VIVIDLY UNIQUE?

Besides the numerous amenities and location mentioned there is one thing that gives FUNCHAGO its standout… TREES!

FUNCHAGO is 40% forested with several species of large, hearty Acacia trees and saplings which were never propagated by hand… instead by natural selection which gives FUNCHAGO a peaceful, charming beauty. 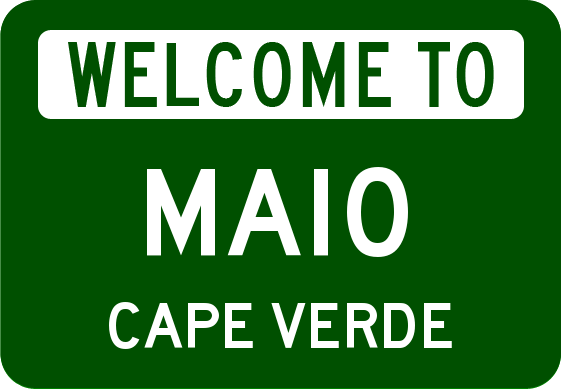 Cape Verde Property, recently wrote on Property Wire before the renovation of Maio’s airport was completed that the island’s property market slowed considerably because of it, however he added, when the airport is complete, it will allow the island to fulfil its tremendous potential…

NOTE: Funchago Village has been endorsed by the Câmara Municipal do Maio (Local Government of Maio) and the Title Deeds and Taxes are all up to date.
PURCHASE ADVICE: Any development should book a meeting with the "Boa Vista and Maio Islands Tourism Development Corporation, SA" (SDTIBM - visit website) to discuss planning and implementation.

ARE YOU READY TO PURCHASE REAL ESTATE ON MAIO?

Contact us to discuss the sale of one of the largest plots of land available on Ilha do Maio.

Manage Cookie Consent
To provide the best experiences, we use technologies like cookies to store and/or access device information. Consenting to these technologies will allow us to process data such as browsing behaviour or unique IDs on this site. Not consenting or withdrawing consent, may adversely affect certain features and functions.
Manage options Manage services Manage vendors Read more about these purposes
View preferences
{title} {title} {title}