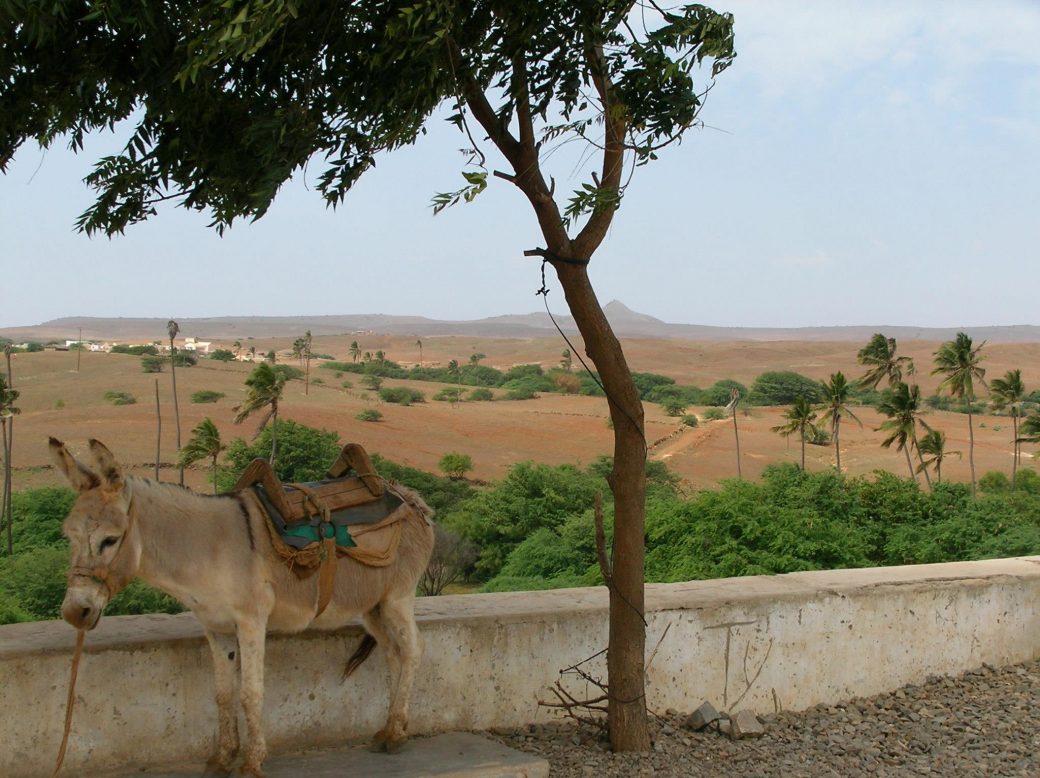 It is a more profitable agriculture (accessible to a new class of consumers), with less waste of water (due to drop-by-drop equipment) and more prudent in the use of pesticides that are harmful to public health.

Nowadays, all over the islands, we are witnessing the emergence of new farmers, with special emphasis on the appearance of a handful of rural, urban and even emigrants or returnees from the diaspora who are engaged in agricultural production. The other day, in a coffee conversation, a jurist in his early thirties reported on the state-of-the-art drip irrigation and hydroponics equipment that he imported to set up on a rural property in Carriçal, a quiet coastal village located about twenty-four kilometers from the city center of Ribeira Brava, on the island of São Nicolau. A lot of money invested, he said.

From Santo Antão, fresh news arrives from young adult entrepreneurs who have settled in the island of the mountains, investing in modern agricultural technologies, in electrical warehouses and other production equipment for grog and its derivatives, in rural tourism and even in the provision of rural development services and activities, encouraging the creation of product processing companies, in particular attention to candied fruits, confectionery, cheese, spirits and handicrafts.

Who would say that São Vicente only lives by importing agricultural products from Santo Antão is now faced with a new reality. Not only “fishmongers” (young boys who sell fish on the street) are emerging in the city, as people interested in rural issues and their industrialization. Some even suspect that there are shepherds from Mindelo on the island of Santa Luzia, a desert island that, together with the neighboring islanders, have served as a basis for scientific research and water sports. The same thing is said of Sal, an island of sun and beach tourism, where agriculture is still residual, but there is no shortage of cultivators and creatives. A friend of mine, knowledgeable of the good table, confided in me that talking about Sal’s grog goes in the same proportion as talking about Tejo wine. Wines from Alentejo or Douro;grog or Santo Antão or São Nicolau or Ribeira de Principal in Santiago.

In Boa Vista, an island of tourism par excellence, despite its notorious inability to supply hotels, new forms of agrarian production and tourist attraction and sporting practices using imported animals (such as camels from Maghrebian Africas) are visible. , pack donkeys and racehorses.

Maio, the oldest island in the archipelago of Cape Verde, is back in the limelight again, this time through the tourism of salt flats, marine corners, arid and semi-desert landscapes, gastronomy based on its agricultural and livestock specialty (meat goat, seafood, cheese). Fogo, the island of the volcano, is increasingly a national power. Being the second most productive island in the archipelago, it stands out in the field of fruit species and their derivatives (wines). Fogo wines, Queijo do Fogo or Café do Fogo are brands that the volcano island crystallized.

From the small, mountainous island of Brava, we have telluric country houses, small hotels and the transformation of agricultural and livestock products to sprout through the leaves and flowers that adorn the scattered villages. Young peasants who are expert guitar players and talented composers of morna exist in abundance on the island of Brava. When I went to that island, I had as a cicerone a young consecrated musician who was a pastor and farmer in his spare time, although it was the delay in the arrival of his document in the Americas, the reason for his unrest.

Santiago is the largest agricultural island in the country. Lawyers, public managers, bankers, teachers, poets, deputies and people from all types of modern professions are back in the countryside on the outskirts of the capital or in the interior of the island. Among these, we find young people who, to feign unemployment, found the countryside as an alternative, an alternative that today they do not exchange for any office work. As in Santo Antão, what strikes me most in Santiago is the number of young people who dedicate themselves to the production of grog, according to the laws of the market. They no longer produce (only) for consumption, but for the market. They conclude that it is a profitable and properly regulated business.

As a summary, it is clear to the naked eye that these new farmers, whose profiles are distinguished from the old farmers, are characterized by three distinctive elements. First of all, everything points out that it is a more qualified and specialized workforce in the areas of earth sciences or administration, allowing the transfer of scientific and management knowledge to this productive area. Secondly, contrary to the traditional practice of small subsistence and dry farming, these new players in the field are betting on market agriculture and on larger scale irrigated properties and with greater technological investments, paying attention to the sector’s public policies, production costs and the urban, inter-island and international distribution chain. In third place,possessing specialized technical knowledge, they tend to resort less to pesticides, focusing on nature conservation and the quality of agricultural products. It is a more profitable agriculture (accessible to a new class of consumers), with less water waste (due to drop-by-drop equipment) and more prudent in the use of pesticides that are harmful to public health.

These new opportunities that the field offers go hand-in-hand with the dangers of agro-toxic products, requiring adequate inspection, due to the harmful impacts they have on public health. Today, the country no longer suffers from third world diseases, being in a health transition to health problems arising from food and the emergence of diseases typical of the consumer middle classes. This is what requires reflection and care.