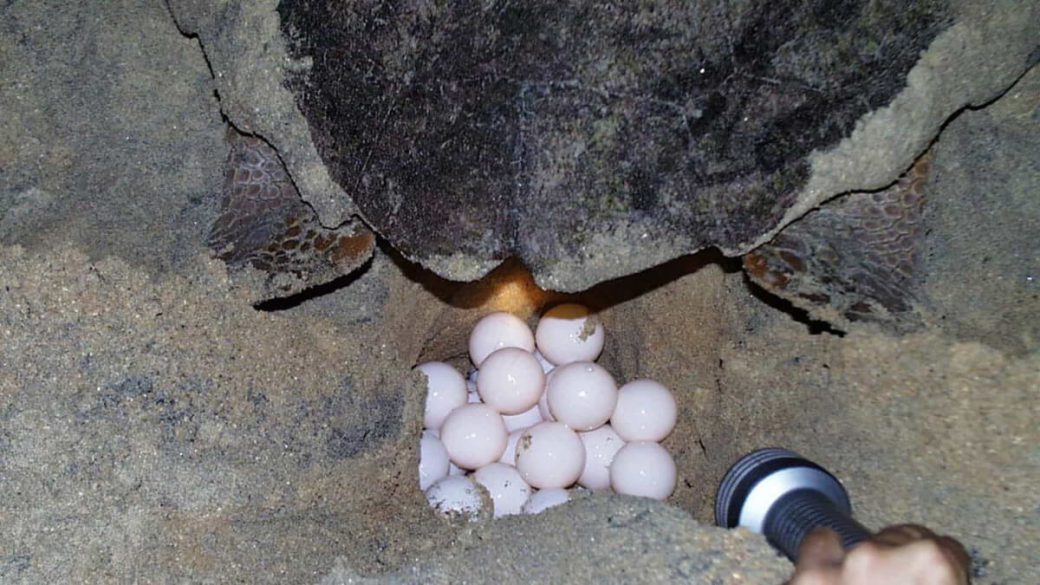 Cape Verde has already identified a record of more than 140,000 sea turtle nests this year, the Environment Minister said today, noting that the covid-19 pandemic “had a little influence” on the illegal capture of this protected species.

There are 140,000 nests already identified “, Gilberto Silva told reporters, during a visit to the nursery of the association Fauna e Flora de São Francisco, located on a beach with the same name 7 kilometers east of the city center of Praia, but which receives still nests transferred from other beaches on the island of Santiago.

In addition to São Francisco, the holder of the Environment portfolio will visit another nursery on the beach of Areia Grande, in the municipality of Santa Cruz, also on the island of Santiago, as part of this year’s sea turtle spawning campaign.

The government official said that the visits are aimed at sensitizing the Cape Verdean population to the cause of the conservation of sea turtles.

“We are already, but we may be more a haven of leatherback turtle navies in the world,” showed Gilberto Silva, for whom this has a Importance INSTANCE not only from the point of ecological visit and the preservation of the species, but also the promotion of the country .

“Turtles have much more value as such, than as food for people,” insisted the minister, calling on people to avoid committing the crime of hunting and consuming this species.

And this year there is a lot of news to report the illegal capture of sea turtles in various parts of the country, even with convictions, which leads the minister to believe that the pandemic of the covid -19 “influenced a little” this criminal practice.

“We believe that the pandemic of covid -19 influenced a little poaching. With the reduction of monitoring, we believe that someone has taken advantage of to do the hunting, hence also our advice to all sections of the population, to help you do the so-called supplementary inspection “, asked the minister.

For Gilberto Silva, it is not only up to non-governmental organizations and public institutions to ensure inspection, but he encouraged people to make complaints about everything related to hunting, commercialization and consumption of meat, eggs and any other part of the animal.

Some associations, such as Carreta – Carreta , from Santa Cruz, defend harsher punishments for this illegal practice, but the minister has a different opinion, pointing out the sensitization and reinforcement of inspection as solutions, until they become cultural.

In the city of Praia, for example, the commander of the Maritime Police session, Faustino Moreno, told the Lusa agency that more than 20 people have already been assessed and presented to the Court.

Cape Verde introduced legislation to protect sea turtles for the first time in 1987, prohibiting their capture in spawning seasons , but since 2018 a new law has been in force, which typifies other types of crime, namely intentional slaughter, as well as the acquisition , marketing, transportation or landing, export and consumption.

In the statements to the press, the minister stated that the Government channels about seven million escudos annually (63 thousand euros) to support 11 non-governmental organizations that monitor and preserve the species, since the spawning, hatching and return to sea of ​​sea turtles .

“And we have to strengthen these funds over time,” perspetivou Minister, encouraging more organizations to devote themselves to the preservation of turtles and other species in the archipelago.

Around 167 kilometers of beaches are monitored throughout the archipelago , with 95% of turtle spawning taking place on the beaches of the shallow islands of Sal, Boa Vista and Maio, but also on islets, according to the minister.

Cape Verde’s ‘ Caretta caretta ‘ sea ​​turtle population is the third largest in the world, second only to populations in Florida (United States) and Oman (Persian Gulf).

The spawning period for this species started on June 1st and runs until at least November .

In 2018, the country registered 109,000 turtle nests, a record number at the time and almost three times higher than the previous year.