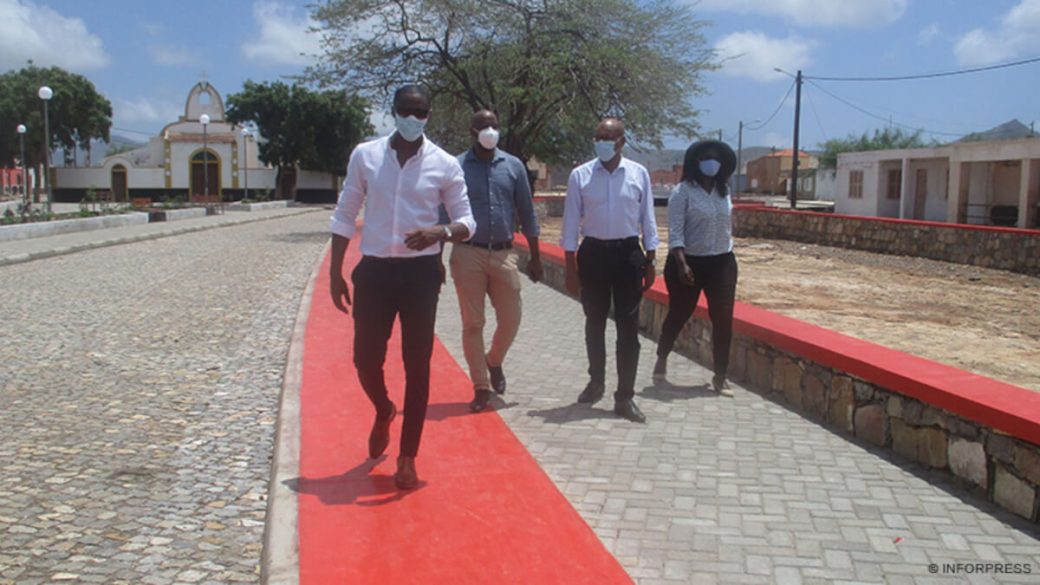 Porto Inglês – The Minister of State, Parliamentary Affairs and the Presidency of the Council of Ministers, Fernando Elísio Freire, considered today that Maio went from being a forgotten island to being an island of hope.

According to Fernando Elísio Freire, who is visiting Maio, the island has been experiencing “great gains” with investments in urban and environmental requalification in all villages, thanks to a “good partnership” between the central and local authorities.

The governor was pleased with the requalification and environmental work in the village of Calheta, with emphasis on the rainwater drainage works, which allowed the village to receive the latest rains in a calm manner.

“The Government is working together with the Municipality of Maio, in order to, in fact, give Maio all the conditions to be an island of quality tourist destination”, he stressed, recalling that the island is applying for be a UNESCO biosphere reserve.

Fernando Elísio Freire stressed, on the other hand, that in environmental and urban terms, the city of Porto Inglês is on the launching pad with the start of the works for the requalification of Avenida Amílcar Cabral, a work that was recently launched by the Prime Minister.

In terms of sports infrastructure, the Minister of Sports also said that the municipal stadium is under construction and, in this sense, he stressed that by the end of the year this infrastructure will be completed.

He said, however, that it is necessary to carry out a series of actions in various sports venues scattered throughout the island, in order to allow the introduction of other types of ballroom that are still not very significant in Maio.

As for the start of the sporting season, Fernando Elísio Freire admitted that there is a need for consultation between the various partners involved in this sector to analyze and discuss the contingency plan that will be presented “soon”.

Asked about the Government’s intention to support the city council in the construction of a sports hall, Fernando Elísio Freire returned to show the total availability to support the chamber, but guaranteed that they have not yet received any specific proposal.