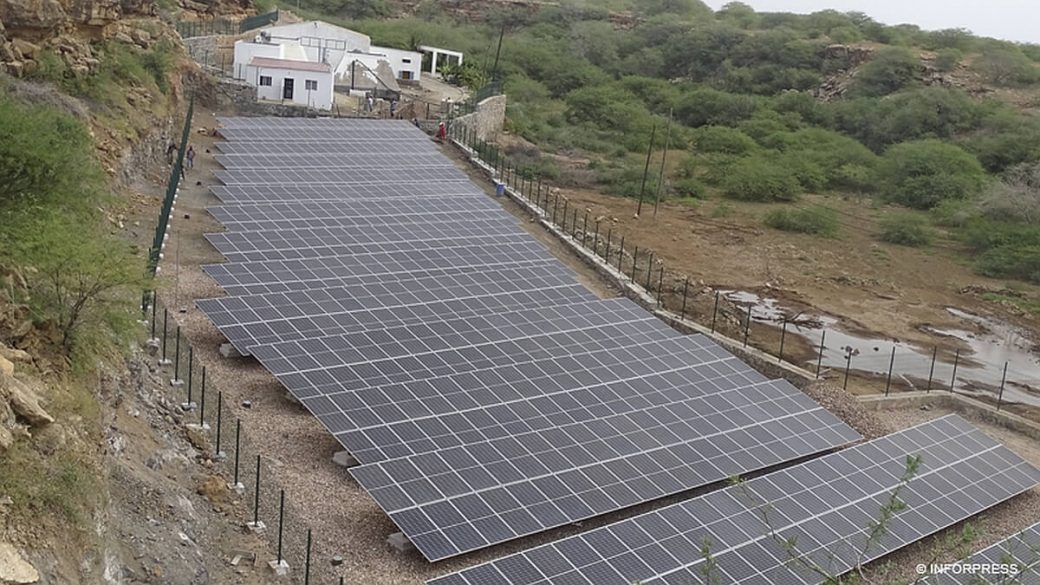 The company Águas e Energias do Maio (AEM) has already started producing water using one hundred percent photovoltaic energy, an investment that will reduce production costs by around 65%.

The information was given today to Inforpress by the company’s administrator, Francisco Inês, for whom this investment happened at a “good time” since the country and the world are facing an increase in the price of oil and its derivatives and, consequently, an increase in electricity bill.

Francisco Inês explained that this project, financed by LuxDev, was divided into two phases, the first of which the desalination plants were installed and, in the second, the equipment for the photovoltaic park was planned.

The completion and operation were scheduled for the end of September, but the delay in the arrival of the inverters from China, according to the official, was the reason for the delay in the conclusion of the works, but “fortunately it is already working”.

“If we want to have sustainability in this sector, the bet must be on photovoltaic energy”, defended Francisco Inês, indicating that the reduction of about 65% in the production factor represents a “gain and relief” for the company that is giving its first steps and that it has mostly domestic customers.

At the moment, the park guarantees the production of around 500 cubic meters of water a day and, according to the administrator, if they manage to produce this amount every day, they will not need to use conventional energy.

In any case, he assured that if there is a need to produce a quantity greater than what the local market consumes at the moment, they will resort to conventional energy.

During the equipment testing process, the company had to take a break in the water production process, so there were some constraints in the supply, but Francisco Inês guaranteed that, if everything goes as planned, in the next four days, the whole situation will be resolved.

According to the AEM administrator, during the process of installing the equipment, they welcomed some young people from the island with training in the area to carry out their internships, a situation that also happened with the company’s technicians who received training in this area for a week, so he admitted the possibility of recruiting some young people who participated in this process in the near future.

The administrator of the company Águas e Energias on Maio also recalled that this process began in 2019, with the completion of the diagnosis and culminated in the installation and entry into operation of the photovoltaic park, for which he also acknowledged the company that was involved in this whole process.

The inauguration of the first photovoltaic park to be installed in Cape Verde for the production of water is scheduled for November 15, in a ceremony that should be attended by representatives of LuxDev, as well as the prime minister and minister Agriculture and Environment and shareholders.