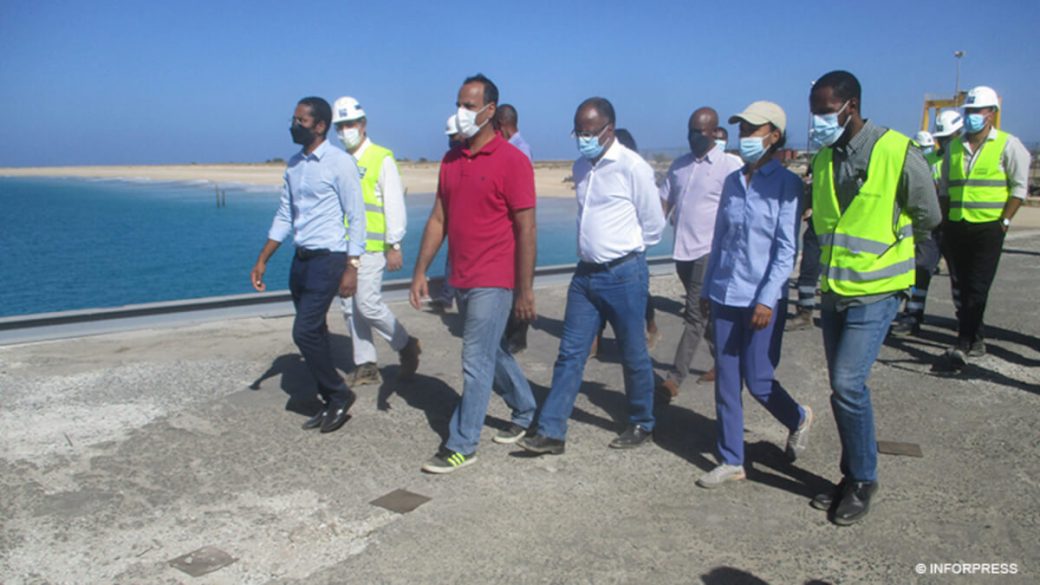 The Prime Minister, Ulisses Correia e Silva, revealed that the works for the port of Maio, which he visited this morning, will be completed by the end of this year.

According to the head of the Government, Cape Verdeans and Mayans, in particular, will be able to enjoy the infrastructure capable of receiving roll-on-roll-off vessels, which, he said, will “shorten the travel time in half” between the island of Maio and the city of Praia, with “an impact both on passenger comfort and on the local economy”.

The Prime Minister also said that he is “satisfied” with the progress of the works and guaranteed that the deadline will be met, stressing that today “the work” and all the preparation that will have a “very strong impact” will be visible. on the island”.

Ulisses Correira e Silva also considered that the completion of the port of Maio will allow the island to begin a “new phase of development”.

Along with this investment, he added, a number of other investments are being prepared, namely in the professional training of young people, so that they can be prepared for the job market and also develop entrepreneurship in small productive industries.

“There will be a strong protection on the environmental issue so that the beaches of the island of Maio, as well as the dunes, are preserved”, declared the Prime Minister, who also mentioned “a strong mobilization” with the population so that this new Maio development phase can be “welcomed” by people.

Ulisses Correia e Silva also referred to the tourist investment of the “Little Africa Maio” project and its impact on both the island of Maio and the island of Santiago.

However, he admitted that it will be necessary a partnership between the foreign investor, the State of Cape Verde and the Tourism Development Society of the Islands of Boavista and Maio, in the construction of an international airport on the island, for which it will be necessary to plan, so do not proceed with a date for that.

In compliance with the program of the visit to the island of Maio, the Prime Minister and the accompanying delegation, which is part of the Minister of Infrastructure and Spatial Planning, Eunice Silva, among other entities, visited the municipal stadium this morning to learn about the progress of the works in progress there.