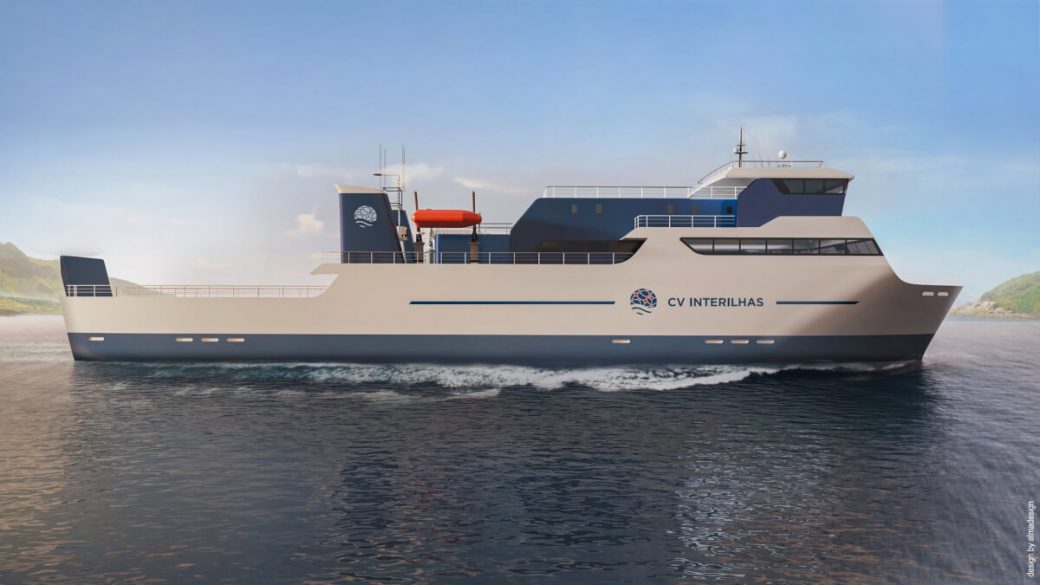 CV Interilhas’ new ship is already in Portugal, where it is being prepared to integrate the company’s operation in Cape Verde.

According to a note sent by CV Interilhas, the ship is scheduled to arrive in Cape Verde in May and will preferably integrate the São Vicente / São Nicolau / Sal / Boa Vista / Santiago route.

“After covering 3,500 nautical miles, on a transatlantic voyage (Bahamas –Portugal), the ship is in the Navalrocha shipyards (Grupo ETE), in Lisbon”, he indicates.

According to the same source, the ship is fully able to integrate the operation of maritime transport of passengers and cargo between the islands of Cape Verde, being able to serve the main routes from North to South of the country, sailing for consecutive periods of 24 hours.

“It should be noted that the refit process that the new ship is undergoing is fully adapted to international market standards, especially with regard to safety issues that are being monitored by international entities (ABS classification society – American Bureau of Shipping), as well as the requirements of the Cape Verde flag ”, he assures.

According to the same source, CV Interilhas’ new ship will reinforce safety and reliability as pillars of the inter-sea passenger and cargo transport system. “The new CV Interilhas ship, given its characteristics – ROPAX ship (Roll-On Roll-Off for passengers and cargo) with a length of 69 meters, 670 GRT, a speed of 15 knots and a capacity for more than 200 passengers and 43 vehicles or 11 15-meter trailers – it is another step in creating conditions to satisfy the mobility of citizens between islands, reinforcing territorial cohesion ”.

“It brings more comfort for passengers and also greater accommodation and better conditions for the crews (with capacity for 16 crew members), allowing more useful navigation time (24 hours in a row), also reducing the port stopover time”.