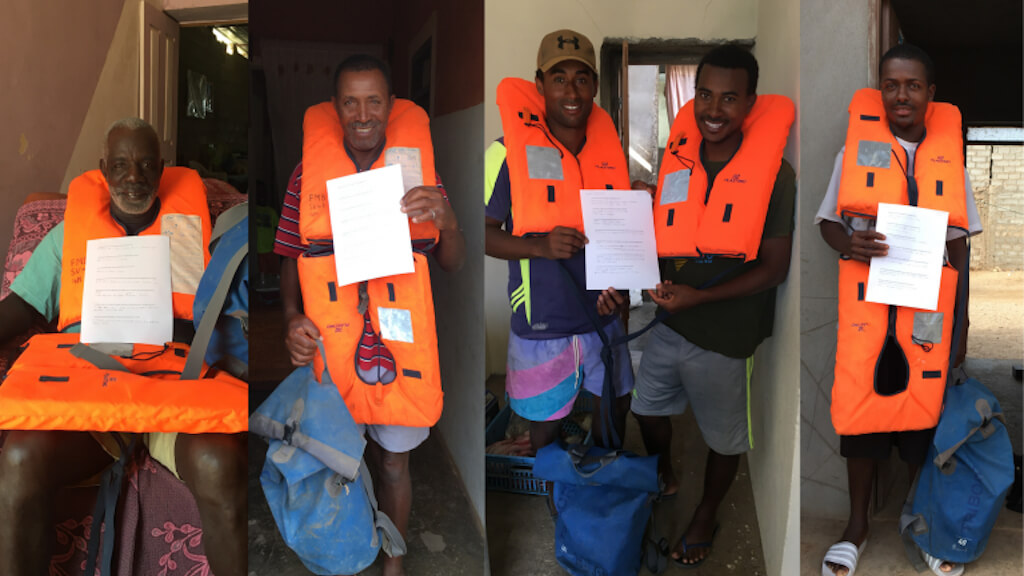 What motivates fishers to dedicate their free time and energy to look out for and report illegal fishing practices and help monitor and safeguard marine animals? For Filipovic Fernandes, a fisherman from Ribeira Dom João in Maio, one of Cape Verde’s lesser known but relatively unspoilt islands, it’s clear: “Because the Guardians of the Sea presented a project of patrols that we knew would benefit the whole island.”

Established in 2016 by Maio Biodiversity Foundation (FMB), local partner of Fauna & Flora International (FFI), the Guardians of the Sea initiative to which Filipovic refers is a locally led programme that seeks to improve protection for Maio’s marine environment by empowering local people, thereby creating a sense of ownership that would sustain this protection for generations to come.

Cape Verde is a biodiversity hotspot, supporting rich marine life. Megafaunal migrants including humpback whales pass through these waters every year and loggerhead turtles gather on Cape Verde’s beaches in their thousands. Also a vital nursery site for sharks and rays, the archipelago is a true gem of the Eastern Atlantic.

Since the programme began, the Guardians have made over 2,000 trips, totalling nearly 10,000 hours of patrol effort – all voluntarily offered. Across these patrols, the Guardians have recorded 184 cases of illicit activities, the majority of cases being divers fishing illegally, and over 1,000 megafauna sightings.

Maio Biodiversity Foundation is a Cabo Verdean conservation organization that believes that managing  natural resources works best when responsibility is placed in the hands of local communities.